Just over a week ago I was contacted by a concerned resident in Burntisland about a rumour that the area in front of the Platform Studios at the railway station was going to be turned into a (up to 100 spaces) car park. Indeed, there has been a feasibility study carried out. This process began in January of this year after calls by a councillor (not this councillor) that due to issues with parking in the town that the area in front of the studios should be considered as ground for creating up to a 100 space car park.

Fife Council being Fife Council, the initial completion date of the study was March but didn't finish until the beginning of this month. Prior to the outcome of the study I went along for a chat with a couple of concerned residents and happened to also meet and speak with some of the small business owners who rent space in the Platform Studios - part of the historic buildings of the station. What appeared to be an area of scrub land and weeds, to the untrained eye, is in fact buzzing with biodiversity and very much alive.

I am a long term critic of almost uncontrolled house-building and development in areas which are farmland and fields. As an environmentalist I have often watched as bulldozers set in and wonder how many rabbits, hedgehogs, foxes, badgers and nesting birds (and so much more) are swept away in the chaos of their homes being overturned. Now it seems that even an area of land sitting between the railway station and the chilly waters of the River Forth (separated by only a road that runs to the sailing club and is favoured by dog walkers along the coast) could be subject to the loss of wildlife space. Wandering around on a hot July afternoon and learning the many names of plants, rarer species of insects and the catalogue of birds - many as part of their migratory route, I was struck by the thought that this is not an area of wasteland but a buzzing habitat that provides space for wildlife that is constantly being subject to loss of land. Bees buzzed around - and no-one can fail to ignore the importance of bees as part of our overall food chain, and I actually spotted a couple of butterflies - anyone else noticed their almost complete absence this year?

Following this I had a chat with some of the small business owners - art and jewellery, unique and beautiful pieces and much of it being created due to the inspiring, relaxing and natural environment. As one of the ladies said - how would a car park inspire creativity? Indeed, she is correct. The Platform Studios are leased from Network Rail but in a telling lack of regard for them there is no mention in the Council's feasibility study of what impact there would be on their work and livelihood. Only a mere note of - "It is assumed that the Platform Studios have some form of tenancy agreement with Network Rail." (italics are mine - assumed - really?!).

Burntisland has had a long-running issue with parking which once again reared its head with the arrival of the shows and Highland Games. The Council decided that to stop the concerns on games day of parking on the Links it would relocate car and instead have them placed off the side of the Haugh Road (with of course no consultation with residents) and now in an attempt to alleviate this problem which in actual fact should have been resolved a long time ago had the Council taken the matter seriously, a proposal is floating around about turning the area behind the station into a huge parking facility. Keeping in mind that we are talking about increased need for parking in the town in two months of the year.

I accept that there is very limited parking at the station but I have not seen the claimed evidence of cars piling up on surrounding streets - despite being out and having a scout around during weekday mornings. I am also very much pushing for full accessibility at the station which is long-overdue and would very much support additional disabled bays but is it really the best we can do in 2018 - create another car park? Destroy an area of natural beauty to build a car park in a town where there is a good bus services and commuters can walk or cycle to the station - how about pushing for more bicycle bays? 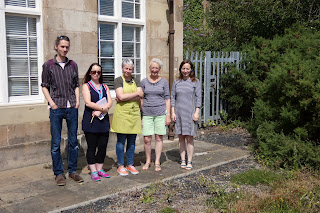 It may be I am wrong and there is a huge demand, if that is the case then lets hear it. Up until now that has not appeared to be the case. I said from the beginning of my election campaign that I wanted to listen and represent local people - therefore, tell me your views.

There will be a meeting at the end of this month between Council officers and councillors for the Ward - the more feedback and thought I have the better.

My comments to this week's Fife Free Press: 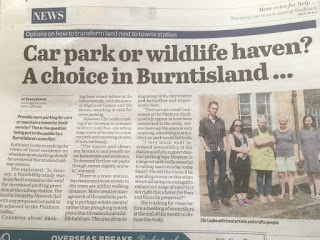 Encourage more cars or encourage a home for biodiversity? This is the question put by Burntisland councillor, Kathleen Leslie

“In January, a feasibility study was launched to examine the need for increased parking provision at the railway station. The land is owned by Network Rail with any proposed car park to sit adjacent to the Platform Studios.”

Concerns about parking availability have once again caused much discussion and debate in the town with the annual Highland Games and the shows, resulting in calls, from some, for more parking. However, Cllr Leslie takes the view that is an increase in visitors over the Summer months a justification for spending huge amounts of money on a new car park and removing an area of natural beauty?

“The Highland Games and the shows are fantastic for the town and benefit local businesses and residents. To demand further car parks though seems slightly archaic. There is a train station, bus routes and most streets in the town are within walking distance. More creative management of the available parking is perhaps what is needed rather than plough in with plans that threaten local wildlife habitats.”

“The area, at first glance, appears to be just scrub and weeds but does in fact attract migrating birds, rare insect and butterfly species and importantly, bees. There are also small businesses being run from the Platform Studios and they appear to have been overlooked in the study. A couple of the artists have spoken of how the space is very inspiring to them, something a tarmacked car park would fail to do.”

“I very much want increased accessibility at the station and fully support disabled parking bays. However, is a large car park really essential to railway users on a day to day basis? Should the Council be spending money on this when we are all being, rightly, encouraged to walk, cycle and reduce our usage of cars? Is it not right that a haven for flora and fauna be preserved?”

Cllr Leslie is keen to hear what residents think. “Councillors have been invited to a meeting at the end of the month to further discuss the study. Therefore, do let me know what you think. Local government is there to give local people a voice and that is what I have always set out to do.” 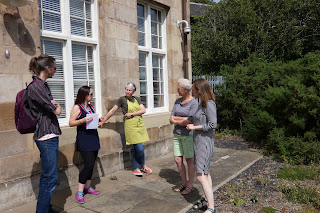 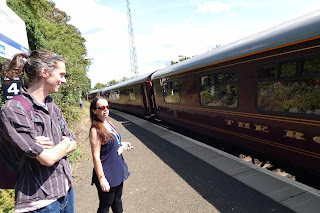 "The Royal Scotsman" rumbled through the station. 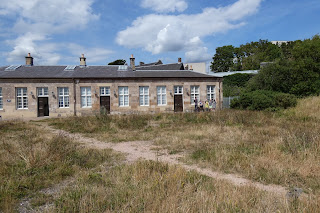 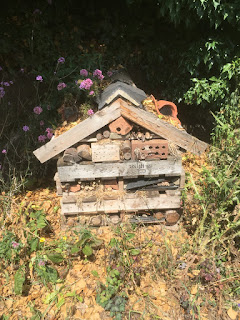 How amazing is this? An insect house!