During the Battle of Cambrai on November 27th, 1917 non-commissioned Officer, Sergeant John McAulay, whilst under heavy enemy fire, carried his, what was to be, mortally wounded commanding officer, Arthur Kinnaird, to safety. Two German soldiers tried to intervene and thwart his heroic act but failed. Sergeant McCaulay continued the brave fight, taking command of the company, and battled on, rallying his men to push back the German attack. He was recommended for a gallantry award and was presented with the Victoria Cross (the highest award in the United Kingdom) in 1918.

Sergeant McAulay was born in the Royal Burgh of Kinghorn in December 1888, joined the Glasgow police in 1911 and at the beginning of the Great War served in the Scots Guards. Today, in Kinghorn, his descendants, folk of the town and guests came to remember his bravery and unveil the Centenary Victoria Cross Stone. A service was conducted at the beautiful Kirk by the Sea (where the Remembrance Day service was held 2 Sundays ago) with the Lord Lieutenant of Fife (Her Majesty's representative),  Provost Jim Leishman, serving Scots Guards, the Scots Guards Association, Police Scotland, and elected members in attendance. A biography of Sergeant McAulay was read by the Royal Burgh of Kinghorn Community Council's Provost, Alan McIlravie and the Victoria Cross citation read by Major James Kelly.

Following a well-attended and moving service, which closed with the National Anthem, a parade led us up to the Kinghorn War Memorial where wreaths were laid and the stone unveiled. Today all learned of the bravery, gallantry and service of one man in the face of exceptional danger. It was also a day when we were all reminded of what millions of young men joined up to and fought for in the First World War and the sacrifice made by so, so many of them. 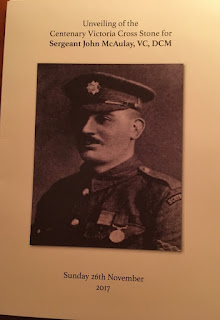 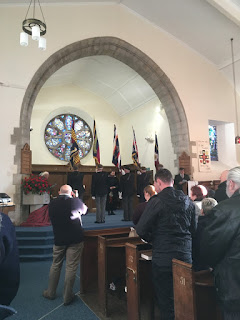 The Kirk by the Sea 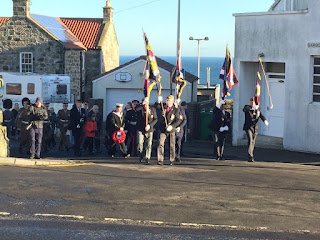 Parade from the Kirk up to the War Memorial. Led by the Scots Guards 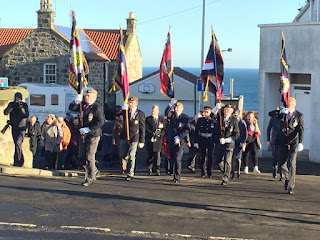 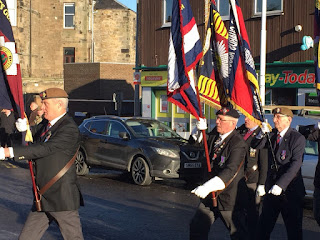 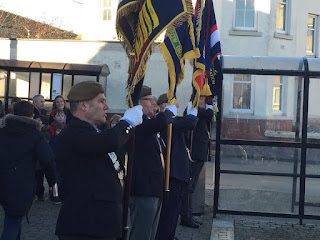 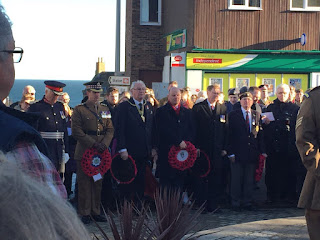 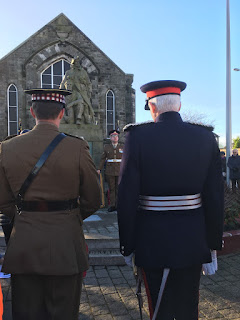 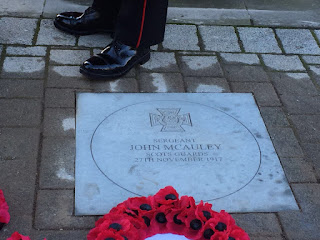 The Centenary Victoria Cross Stone - it has been placed next to War Memorial. "Lest We Forget"
Sergeant McAulay's medal is on display at the Scots Guard RHQ in London 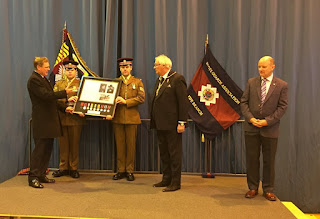 Presentation to the people of Kinghorn from the Scots Guards 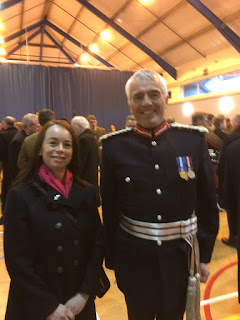